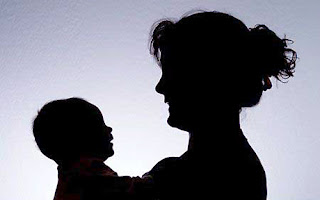 In an unprecedented move, a foreign government is threatening to take Britain to the European Court of Human Rights (ECHR) to challenge the unusual readiness of our social workers and courts to remove children from their parents for “no sound reason”.

So disturbed is the government of Slovakia by the number of Slovak parents who have lost their children in Britain in recent years that its justice ministry has posted a declaration highly critical of Britain on its website and says that, if a decision of the Appeal Court this Tuesday goes against one Slovak family, it will back an appeal to the Strasbourg court that Britain has acted illegally.

I have often reported here on the zeal with which British social workers are not only prepared to travel abroad to seize children born there to British parents, but also to remove children from foreign families in Britain, even when they may only be visiting here on holiday.

But this is the first time a foreign government has sought formally to challenge a practice that is almost unique in Europe (although worldwide headlines were made recently by a similar case where two children were seized from an Indian family resident in Norway, but were eventually returned to India after the intervention of the Indian government).

The case that goes to the Appeal Court this week concerns two young boys, Slovakian subjects, whose parents have lived and worked in Britain since their country joined the EU in 2004. Two years ago, when the parents took one of their sons to hospital to enquire about a minor infection, social workers were alerted that it might be the result of a “non-accidental injury”. The boys were put into the temporary care of the family’s American pastor, who describes how social workers then arrived with three police cars to remove the children, screaming as they were torn from their horrified mother and grandmother, to an official foster home.

Thus began a protracted legal battle, involving many court hearings, four different social workers, seven “expert” doctors and psychologists, 16 interpreters, 13 different “contact supervisors” and dozens of lawyers. Initially the local authority seemed happy to contemplate that the children might be returned to live with their grandmother in Slovakia, but the social workers of a council that advertises its enthusiasm for adoption on its website then suggested to the foster carers that they might like to adopt the boys.

By now the Slovak authorities were involved and could see no reason why the children should not come back to live with their grandmother. But earlier this year a judge found in favour of the council, ruling, to the astonishment of the Slovak authorities, that the boys should be adopted. The family enlisted the help of John Hemming MP, who has had sympathetic support from the Slovak ambassador to London.

The case has attracted widespread media interest in Slovakia, and the Slovak justice ministry has posted on its website a “Declaration on adoption of Slovak children in the UK”, stating that it has such “serious concern” over the workings of Britain’s “family protection” system, and the readiness of the British authorities to remove children from their “biological parents” for “no sound reason”, that its representative on the ECHR plans to challenge the legality of Britain’s policy in Strasbourg.

http://nl.wikipedia.org/wiki/Sloveni%C3%AB
Mr Hemming, whose Justice for Families team has been closely involved in putting together the family’s plea on Tuesday for leave to appeal against the decision that the children cannot be given into the care of their grandmother, says that the Slovak media claim to know of some 30 other Slovak children taken from their parents in this way.

He is also in touch with the authorities of other countries who express similar concern over treatment of their nationals in Britain. “This is a deeply disturbing case,” he says, “which only serves to highlight the shock experienced by many foreigners when they discover how the British system works, not least because most come from countries where such things would be unthinkable.”

Mr Hemming plans to raise his concerns with the new children’s minister, Edward Timpson, a family law barrister who himself has two adopted siblings and whose parents have acted as foster carers to more than 80 children.