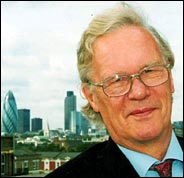 
When it comes to social workers ripping families apart for no good reason, it seems the English disease is spreading. I have lately been following a bizarre case involving the kidnapping by Dutch social workers of two 10-year-old twins from a Russian-speaking Latvian family long resident in Holland. Pretty well everything about this case echoes what goes on behind closed doors in England: social workers colluding with a dysfunctional father to justify snatching distraught children from their mother, to incarcerate them miserably in care homes; the courts refusing to test evidence and accepting lies. But because this case is in Holland, not Britain, the family can be named and its shocking details publiced.


Unusually, for instance, we can see on YouTube the harrowing scenes from March 2012 which show the screaming children being carried by police from their family home to a waiting police van (Google “Kidnap of children from their mother by Dutch social services”). Nikolai and Anastasia Antonova were removed from their mother, Jelena, for three stated reasons. The first, astonishingly, was that they spoke Russian rather than Dutch at home (this is in clear breach of two articles of the UN Convention on the Rights of the Child, which enjoins respect for a child’s right to speak his or her family’s language). A second was the baseless claim that the family might return to Latvia to escape from the children’s estranged father, who had joined a weird cult that caused the family intolerable strain.


The third, according to the social workers who were working closely with the father, was that the children had “severely conflicting loyalties to their parents”. The children had made clear that they were frightened of their father and did not want to see him again.


Social services’ involvement began in 2010, when they tried to re-establish contact between the children and their father, who had already been investigated over claims of abuse against their older stepbrother Ilja. Now aged 24, he is a capable young man who has played a key part in fighting for his siblings’ release from the institutional care homes where they have been ill-treated and very unhappy.


Thanks to his success in publicising their plight in the media, he has more than once been arrested by the police. He has also won the support of two robust lawyers, a father and son, who have fought the case through a fraught succession of hearings.


Related Articles
Now it's a social worker for every child - in Scotland
Children pay a terrible price for 'care'
Mother sent to jail on evidence she cannot see
The opposition to secret courts is gathering pace
Cuts, BBC? What cuts?


01 Jun 2013
Last November, the order under which the children were given into the care of a private company called Jeugdzorg Bureau lapsed. Jelena took her overjoyed children back. But a court accepted a new order, fraudulently backdated to cover the error, and the children were returned to another care company which earns €1,000 a week for looking after them.
In February, thanks to Ilja and a Latvian MEP, the family’s cause was taken up by the Committee of Petitions in the European Parliament, which asked for the Dutch government to explain its conduct in the case. The committee heard evidence from six other countries also angry over the seizure of their children by Dutch social services.
This story was widely covered in Latvia and Russia, provoking a demonstration outside the Dutch embassy in Riga. The Dutch government has still not replied to the request for a report on its conduct. Ten days ago, the family’s lawyers won a victory in the Dutch court of appeal, which castigated the social workers for their illegal backdating of last year’s care order, ruling that the children must be returned immediately to their mother. Within hours, however, the child-protection service of the Dutch ministry of justice, which had previously refused to intervene further in the case, persuaded a family court to reverse the higher court’s order. The twins thus remain in a care home, earning the company which runs it £42,000 a year.
The children are forbidden to speak Russian, own a mobile phone or watch the news on television. All this is in clear breach of articles in the UN Convention. Indeed, not the least shocking aspect of this story is that the Dutch authorities’ treatment of these children appears to be in breach of no fewer than 17 separate articles of this treaty, to which Holland is a signatory. But much the same is true of pretty well every case I have investigated here in Britain, where children have been snatched from their families for similarly dubious reasons.


The only difference is that in other countries such travesties of justice can be reported. In Britain, as we know, these horrifying stories must remain almost entirely buried from public view.